A man was out fishing by a lake one day when a tiny ball of grey fur scampered up to him, asking for help. The little fluffy tried to climb onto his bag, demanding attention. “She walked up to me and a friend while we were fishing,” explained the man who believed she was trying to cross a two lane highway so she could reach them on the other side. 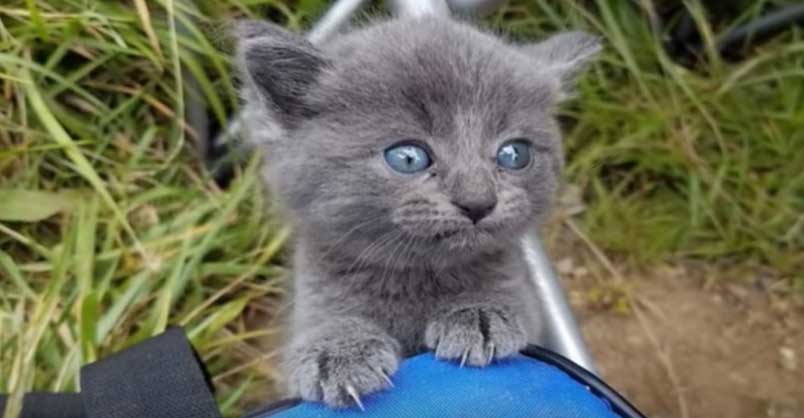 Soon after, they spotted another kitten who appeared to be her sibling, he thought that the two of them must have been abandoned. It was obvious that this brother and sister were far too young to be separated from their mother. The little grey kitten had taken a liking to this man and followed him around like a duckling. He soon decided that he would take her home to be part of his family and he found another family that would take in her sibling. I do love a story with a happy ending!

Check out rescue in the video below.

Kitten With Twisted Arms and Legs Refuses to Give Up