Danielle Eden co-founded the rescue, Dog Tales Rescue and Sanctuary. As a result, she would often travel around the globe, visiting shelters and rescuing the very dire cases. From there, she would give them a fresh start at the rescue’s 50-acre property in King, Ontario. 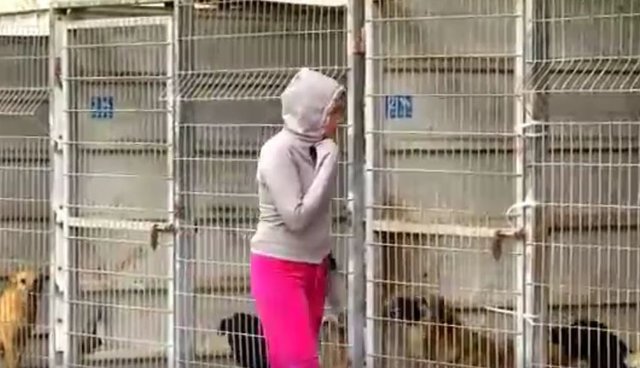 However, when she visited a shelter in Israel, she was not prepared in the slightest for what she was about to encounter. There wasn’t one dog who was not in dire straits.

The media director Dog Tales Rescue and Sanctuary, Clare Forndran, explained to The Dodo, ‘This is the worst shelter she had ever seen.’

There were more than 250 dogs who were sharing a space designed for a 70 dog capacity. And there were many of those poor animals who’d spent years in that space. In addition to that, the place was crawling with rats. And each scrap of bread that was thrown into the kennel was just a reason for fighting.

Forndran explained, ‘Dogs were literally fighting over a loaf of bread. There were more rats than dogs.’

There were dead rats amongst live rats and all the rats were mixed in with the dogs and that was a complete, disgusting mess.

As Danielle looked over the squalid conditions, she was finding it difficult to pick which dogs deserved new starts in Canada – they were all living very miserable lives in that hell hole.

That is when she made the choice to adopt the whole shelter.

As a result, Dog Tales took on the responsibility of all 250 dogs. Over several months, the rescue managed to adopt out 90 dogs within Israel. Then, there were 25 dogs who flew to Canada to start over in the Ontario sanctuary. That meant that there were 150 dogs remaining.

So, what happened to them? The shelter where they were received a much-needed transformation to turn it into a habitable space. They also brought in veterinarians to administer proper care to the dogs. And little by little, the remaining 150 made their own transitions to Canada.